Kirikiri tribe is a tribe which is located on the border  of Waropen and Nabire.  This place  can be reached by aircraft stopped at the airfield in Dofo then be followed by a boat ride.

In the beginning there is no education in the Kirikiri tribe,  but in 1998 there was a missionary of from  United State of America named Duane Clouse came into this tribe and worked as a Bible translator and create a dictionary of words in the language of Kirikiri, but due to the illness he came out of the  Kirikiri and returned  to his country of origin in the United States in 2003, he could not go back again because of health is very critical, and finally in 2005 he died.

After that in 2014, there was a German missionary named Isolde, who is a member of YBI,  came in to Kirikiri tribe,  She stayed for two years in Kirikiri, and since then, YBI opened an informal school for children on adults. And when the school has ran YBI sent a teacher named Iriance. However it was very unfortunate because his health problems because of Malaria, he was not able to stayed longer, then he returned to Jayapura. Then YBI trained one of the man that have heart who wants to help the local community, namely the Penias. He worked daily as a farmer, but not apart his attention to serve the children and adults who are illiterate, He was using YBI literacy teaching materials namely literacy books 1 and 2.

YBI Prgrams has been sponsors by Wycliff Finland in the program MTBE (mother tongue-based education), to develop Literacy material and simplify National curricullum then translated them in to Kirikiri language, to help build understanding of the community in learning.   These motivates are helping  people who are totally unable to read and write in Indonesian. This makes people Kirikir very interested and proud that they can learn in their own language. Until now the current number of students  in schools Kirikiri are 30. 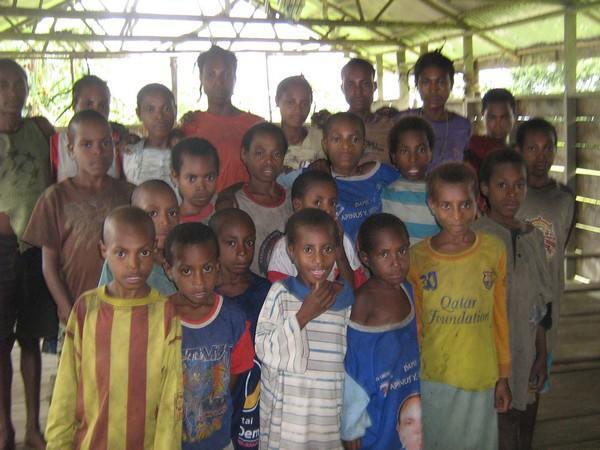